We are a registered charity providing childcare from 8.00am to 6.00pm daily for children aged 2 to 11 years old.

At St. Gregory’s Childcare Trust we provide a safe, caring environment where children can play together in a happy and relaxed atmosphere. Children are encouraged to develop socially, emotionally, intellectually and physically through the stimulating activities and environment which we provide for them. The highly-trained staff care for and encourage every child, whatever their strengths or needs. 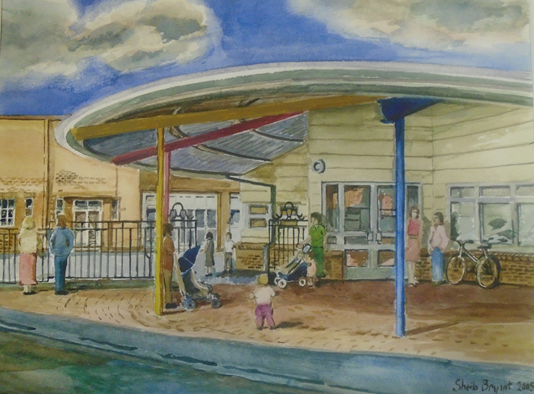 We have 5 different settings for your children. Click on the read more link to find out more about the particular setting you are interested in or to make a booking or enquiry for the setting click on bookings link below.

For children aged 2 or 3 years old.

For children aged 3 or 4 years old.

Open from 8am ’til school time for children aged 2 to 11 years.

Open from school time ’til 6pm for children aged 2 to 11 years.

Runs 8am-6pm during school holidays, for children aged 2-11 years old from St. Gregory’s and other nearby schools.

For all our latest information

END_OF_DOCUMENT_TOKEN_TO_BE_REPLACED 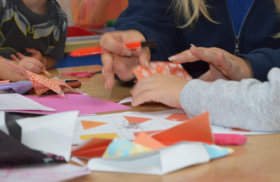 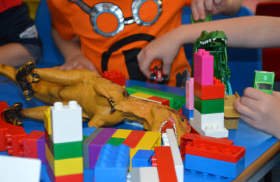 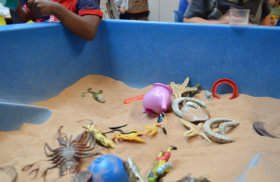 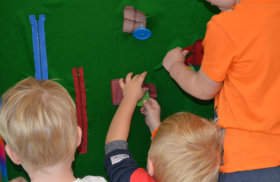 Only the best will do

Our Nursery and Pre-school aim to provide your child with a fun learning environment, developing their skills in communicating with friends.

Our breakfast and after school clubs provide parents with a familiar childcare setting where each child is treated as an individual.

St. Gregory’s Child Care Trust started life as St. Gregory’s Playgroup in what was called The Scout Hut. It opened in the mornings only, and was run by a committee of parents, who hired a manager. The other workers were mostly parent volunteers. In 1987, governors of the school recognised a need for childcare after school and began an Afterschool Club in the Hut. This proved so successful that, early in the 1990’s, Fr. Tim Kelly, the parish priest at St. Gregory’s, bought a terrapin building which was housed in the corner of the School playground and became the new home of both the Playgroup and the Afterschool Club so that they could expand to care for more children.

A few years later, Father Tim noticed children arriving for the school day at 8.00 am and realised that they needed shelter and a meal before starting lessons. He therefore asked the governors to add a Breakfast Club to the groups, which they were happy to do.

In 2000, the church set up a committee to bring all the groups under one umbrella. It registered the Cheltenham Catholic Community Centre as a charity. At this point, legislation had increased so much that volunteers found it very difficult to keep up with the regulations and it seemed unfair to ask them to do so. So the committee searched for a qualified manager who could ensure that the care offered was of the highest standard. Denise Arnold, our present manager came to take charge of all the groups.

Soon, there was seen to be a need for full day care to accommodate working parents. The Church also owned Ivanhoe house, next door to the school. Its basement was refurbished by the committee and (together with the terrapin) was registered for full day care between the hours of 8 am and 6pm.

By great good fortune, when the Waitrose store was being planned, the governors of the school arranged for a purpose-built extension to the existing school building and all the child care groups were moved into their present home in 2003. It was at this time that the Holiday club was added to extend our child care facilities to cover most of the year. The new centre is open all year round and welcomes children from the age of 2 up to the age of 11 in the Nursery, Pre School, Breakfast Club, After School Club and Holiday Club.

There are four trustees: Judith Lorman (Chair), Charlotte Blanch, Olivia Lines, Breda Howard. They can all be reached through the Childcare Trust email: childcare@st-gregorygreat.gloucs.sch.uk

Here is a link to our latest Ofsted report. Download Report

We work closely in the community with different groups.